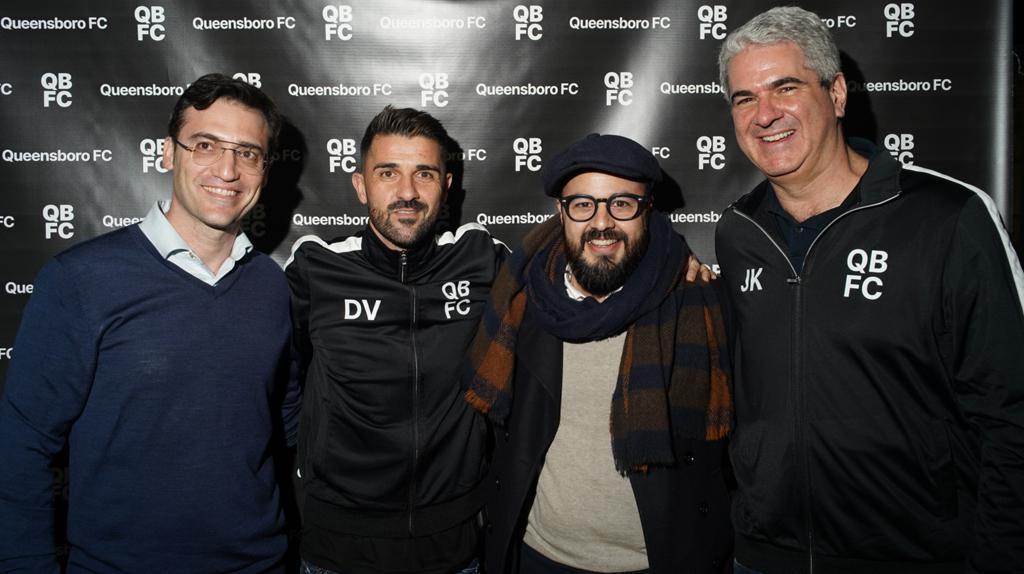 Queensboro FC welcomed its first group of fans to the inaugural club event – Kick It With David Villa – at Upper 90 in Astoria, Queens on February 5th, from 3 p.m. to 8:30 p.m.

David Villa, one of QBFC's founding partners, is used to making history – as a member of Spain’s only World Cup in 2010 – was right at home for another ground-breaking moment in Queens. Villa mingled with over 250 supporters to celebrate the borough’s first professional soccer team.

The first half of the event began with Villa greeting 140 DV7 Academy kids and taking part in a Q&A session. The discussion ranged from his favorite soccer memory to the whereabouts of his son and their former teammate Luca.

The chat with Villa was followed by the afternoon’s highlight – a test of the kids' skills as they scrimmaged against the man who made a career out of goal-scoring artistry. But that didn’t stop Jacob, a DV7 pupil who happily said, “I scored four goals on David.”

We want to make people in Queens proud of their team.

The celebration continued with a meet-and-greet with hundreds of fans who’d waited in line for a chance to kick it with the soccer legend. Villa’s opening remarks made everyone feel at home.

“We want to make people in Queens proud of their team.”

QBFC founding partner Jonathan Krane and New York City Council Member Francisco Moya also joined the club’s celebration in the evening. They mingled with fans and addressed them alongside Villa to end the night.

“This team is a dream,” said Krane to the cheerful crowd. “We look at Queens as the best soccer market in America and probably the world – everyone in Queens loves soccer and this team is for you.”

We look at Queens as the best soccer market in America and probably the world – everyone in Queens loves soccer and this team is for you.

Villa concluded the festivities by doing what he does best – scoring goals. He joined social media soccer influencers Jake Dufner and Brandon Moreno on the Upper 90 pitch for a penalty shootout. “It was a dream come true to meet one of my idols,” said Dufner. “You know for a fact I will be there for (QBFC’s) opening game."

Stay tuned for upcoming QBFC events by signing up to the newsletter.