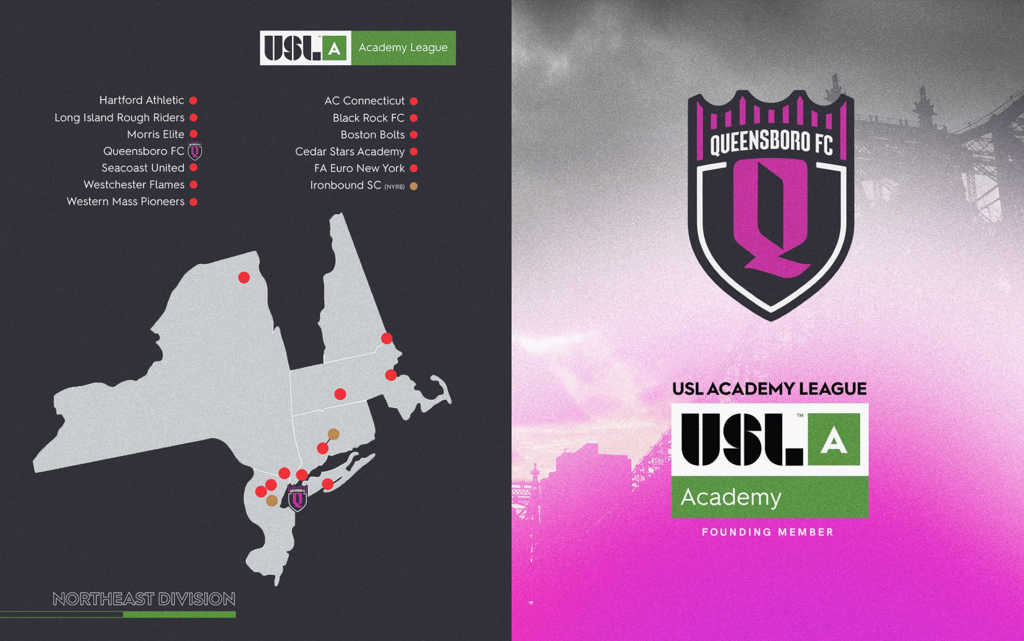 The first ever tryouts for the QBFC Academy will take place on November 4th and 5th at the Sports Underdome in Mt. Vernon, New York.  Tryouts are open for boys ages 15-18 (born 2002-2005), with a registration fee of $100 each.  However, registration will be free-of-charge for all local residents of Queens, New York (with a $10 processing fee).

“QBFC Academy is a vital part of the success of our club,” says David Villa, Co-Founder of Queensboro FC. “I have always been extremely passionate about giving undiscovered players an opportunity to be seen for their soccer talent, and I believe our organization will do a world-class job of finding, coaching and elevating an incredible new generation of players for Queens, the United States, and beyond.”

“It’s a very exciting time right now for Queensboro FC, as the QBFC Academy represents the very first stages of building the future of our club through the recruitment and development of young, quality players,” says Josep Gombau. “Our ethos has always been to create a strong connection with local and global soccer communities, and provide players with a credible pathway to go from amateur to pro.”

“Having QBFC Academy participate in the inaugural season of the USL Academy League is a critical step for us, in order to start playing competitively right away while building the foundation of our club’s Senior Team for 2022,” says Luis Gutierrez. “I am looking forward to hosting our very first tryouts next month, as it represents another milestone for the club.  We are expecting a tremendous turnout, with about 80% of registrations so far representing Queens.”

The other clubs set to compete in the Northeast Division of the inaugural USL Academy League are as follows:

ABOUT QUEENSBORO FC
Queensboro FC is the first ever professional men’s soccer team in Queens, New York. The club will start playing in the 2022 season of the USL Championship, the top tier of the United Soccer League (USL).  Queens, often called the “diversity capital of the world”, is home to over 2 million residents, 150 nationalities and 130 languages across more than 90 distinct neighborhoods and 100 square miles. With soccer as Queens’ most popular sport – Queensboro FC aims to embrace and unite “the world’s borough” and honor the beautiful game in the streets, in the park, in the community – and soon, on the pitch in its own stadium. Queensboro FC stands for more than sports, it is a movement for unifying people across the world.  Queensboro FC’s ownership group is led by international soccer star David Villa and New York entrepreneur Jonathan Krane. For more information about Queensboro FC visit: www.queensborofc.com.